Wash your hands, cover your cough and stay home if you’re sick. Get the latest COVID-19 advice.

We will work continuously throughout the year honing our imaginative, informative and persuasive writing skills. For much of the time, this writing will be linked closely to History, Geography and Science topics. In term 1, in preparation for the Year 5 NAPLAN assessments, we will be focusing on imaginative and persuasive texts.

There will also be weekly lessons specifically dedicated to the explicit teaching of spelling, grammar, comprehension and handwriting. Year 5, if they haven’t already, will be heading towards earning their pen licence once they are consistently using cursive writing. Year 6 will be expected to use pen and cursive script in all their bookwork.

This year, stage 3 will be implementing a spelling program called ‘Exploring Words’. During weekly Exploring Words lessons, students will be exposed to a core list that follows a specific spelling rule. The emphasis of the program is on the mechanics, the history and the meaning behind the written English language. Students will be completing meaningful tasks, both at school and at home, that allow them to show a working understanding of the rules.

Teaching & learning experiences in Mathematics will be differentiated according to each child’s knowledge of a given strand of work. This ensures that each individual student is exposed to work at their own level of need. Each strand of Mathematics, other than number, will be taught over a two- to three-week period. Number will be continuously taught every week.

The Stage 3 History unit for this year, taught throughout Terms 2 and Term 3 is ‘Australia as a Nation’.

Students will learn about key figures and events that led to Australia’s Federation, including British and American influences on Australia’s system of law and government. They will also investigate experiences of Australian democracy and citizenship, including the status and rights of Aboriginal people and/or Torres Strait Islanders, migrants, women and children. In Term 3, students will research stories of groups of people who migrated to Australia (including from ONE Asian country) and the reasons they migrated, such as World War II and Australian migration programs since the war. They will learn about contribution of individuals and groups, including Aboriginal people and/or Torres Strait Islanders and migrants, to the development of Australian society, for example in areas such as the economy, education, sciences, the arts, sport.

The Stage 3 Geography unit for this year, taught throughout Terms 1 and 4, is ‘A Diverse and Connected World’.

Learning in Science and Technology develops students’ curiosity about natural phenomena and the built environment. It provides students with the opportunity to develop a sense of achievement by using the practical application of knowledge in the development of solutions.

The children will also be taking part in a problem-solving based coding/robotics program utilising Lego EV3 robots run by Robokids. This program will be aimed complementing learning in the Digital Technologies strand and teaching coding/computational thinking as well as developing collaborative problem-solving skills.

As well as in-class art, craft, music and drama activities, the Creative Arts curriculum will be complemented through weekly music lessons with Ms Gibson, whole-school assembly performances, community nights, history/geography-related art, visiting incursions, etc. Year 6 will also be involved in an end-of year performance as a culmination of their time at DHPS.

In terms 1 and 4, teachers will be running a games and sports program based around cricket and netball. Winter sports, in term 2 & 3, will be football and softball. The children will also be taking part in outsourced tennis and gymnastics programs in term 1 and 3 respectively and a dance program in term 4.

Units on Child Protection and Drug Education will be undertaken throughout the year.

In semester 2, Stage 3 students will be taking part in sexuality and relationships education program run by ‘Interrelate’. Year 5 and Year 6 students will take part in separate programs, both of which address outcomes in the PD/H/PE syllabus. The sessions will be run by highly-skilled and experienced educators in collaboration with classroom teachers.

No child will be turned away from school

25 Mar 2020 The NSW Department of Education’s advice regarding schools is very clear. No child in NSW will be turned away from school. Schools will remain open for parents who want their children to attend irrespective of their profession or working arrangements. The decision to keep schools open Read more 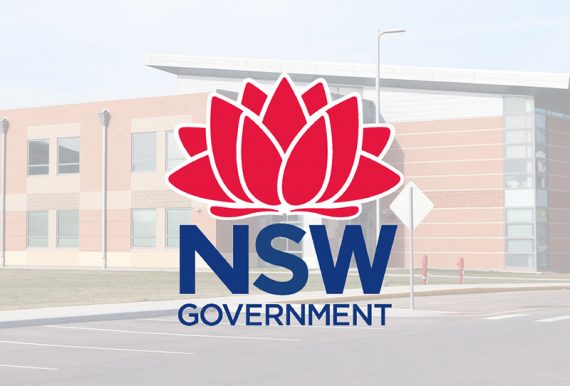 23rd March, 2020 The NSW Government has taken significant new steps to increase restrictions across the state – triggering the next level of enforcement necessary to fight COVID-19. Following the decisions made by National Cabinet, NSW Premier Gladys Berejiklian confirmed the shutdown to protect NSW citizens. “I understand many Read more